Starting in 1996, GreatChina International Education (GIE) has been working with Chinese students and young professionals to prepare for and explore future careers, pursue higher education goals, and develop skills to be successful in classes and the workplace. GIE offers a broad range of integrated services, including test prep, study abroad counseling & planning, international education (such as bridge and joint programs with high schools and colleges), cultural and educational exchange, career counseling, international talent acquisition, and educational technology, and international education for kids (MaxIvy).

GIE is registered at the federal and state levels of the United States and recognized by the Chinese Consulate General in Los Angeles and Houston, formerly with AIRC, and certified by the National Association of Foreign Student Affairs (NAFSA), the National Association for College Admission Counseling (NACAC), and International Consultants for Education and Fairs (ICEF). GIE has also been approved by Chinese authorities including the Ministry of Education, the Ministry of Public Security, the Administration for Industry and Commerce, the Bureau of Civil Affairs and the Administration of Foreign Experts Affairs.

In addition to partnering with over 20 domestic educational authorities, international academic agencies, immigration agencies, and higher institutions, GIE has networked with more than 1000 schools and higher institutions all across the United States and prominent study destinations such as Britain, Australia, Canada, New Zealand, and Singapore. GIE is currently headquartered in Chengdu with presences in Beijing, Shanghai, Chongqing, Guangzhou, Kunming, Hainan and Nanjing with expansion into New York City, Phoenix, Dallas, Los Angeles and Corvallis.

Through GIE's 3R corporate culture, we are committed to responsible and sustainable business practices (Responsibility); we respect ideas and encourage collaboration (Respect); and we focus relentlessly on creating winning outcomes for clients and employees (Reliability).

GreatChina’s mission is to provide “Access to Success” to Chinese students in the field of international education by offering holistic, ethical, and professional guidance and services in study abroad planning, training, consulting and application assistance. We also provide support in helping our students secure internships, employment prospects and other professional development opportunities. 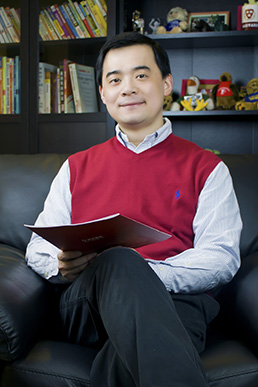 Mr. Michael Wang
Michael's Welcome-
In 1996, for the first time, I left my hometown of Chongqing for San Francisco. For a child from an ordinary Chinese family, international education changed my life; seeing the world presented me with a bigger stage to broaden my horizon. I started to realize that study-abroad was one of the best gifts for the youth to mature into an adult. However, in the 1990’s, it’s more like a daydream for ninety percent of Chinese young people rather than just a dream to study abroad. Hence, I hoped to help more Chinese youth get the same opportunities as me.
My entrepreneurship initiated in Xidan, Beijing. During the first year, I left my steps from Ha’erbin to Hainan Island, building more than fifty agent businesses in more than twenty cities. Since then, to provide “ACCESS TO SUCCESS” to Chinese students in the field of international education has been GreatChina’s mission. GreatChina not only aims at helping students get into the colleges they want, but more importantly, helping them achieve success in their experiences of international education.
After 9/11, GreatChina encountered the toughest time period for applying for American student visas. Yet, with a high proficiency and sense of responsibility, we broke a record with a more than eighty percent passing rate, which seemed like a miracle at that time. Then, in the summer of 2002, I made a simple but significant decision: GreatChina will focus on providing services for study abroad to the U.S. I believe studying abroad signifies the dream of a whole family, and we have to serve our clients utilizing the most proficient skills and knowledge.
In the spring of 2007, GreatChina first served students from the Spark Program, which marked a transition for the company from purely helping students apply to over-seas colleges to providing systematic study-abroad planning services and international education and cultivation. In 2012, we made a breakthrough, pioneering a new business model by building cooperative alliances with prestigious high schools in China. It was that year that we put forward a new motto: Mr. & Ms. International, which meant making Chinese students into international citizens: both academically and morally excellent.
From 2013 to 2015, with a focus on study-abroad, we continued enlarging and improving our 360 degree, one-stop services to make studying abroad more accessible. During those three years, we were proud to be certified by NAFSA， ICEF， NACAC and more. Specifically in 2013, we established the first study-abroad service platform consisting of more than 100 Ivy mentors. In 2014, one student from our Spark Program was admitted by Harvard with a full-scholarship, which was the only success in the previous five years for the southwest region of China. We also established the GreatChina Career Development Center in the spring of 2015 in New York and GreatChina Technovo in the summer of the same year, which greatly helped us achieve a more competitive position under the globalization and Internet era. Initiating TrueChina to serve foreigners working in China made us the first international education institute in China which not only helps students study abroad, but also offers foreigners opportunities to obtain international working experience. Thus far, GreatChina has developed into a closed-loop development international corporation.
Our Philosophy 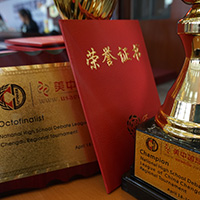 Here at GreatChina we believe that all students can realize their dream of studying abroad.We not only help students achieve admission success, but more importantly we help prepare students to achieve graduation success. We inspire students to develop their self-awareness and guide them on the road to self-discovery, but more importantly inspire student’s self -awareness and road to self-discovery.
Our History 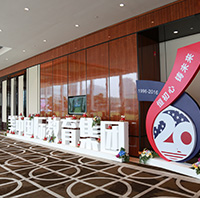